I had to share that three of Ashley friends from her kindergarten class gave her a group hug when she left on friday.  I was holding my camera but did not take a picture and it was the sweetest thing ever.  I so wished I had captured that one on film.   I did capture this one just before that hug. 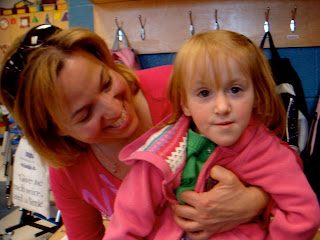 This  tree is outside her classroom it has all her classmates names and in the middle it reads
"We are kind hearted"
Which is just the perfect way to describe this class. 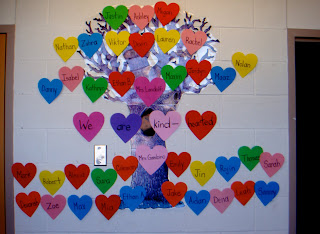 Here's some artwork she completed in class last week.   As you can see Ashley's doing great  with scribbling now I'm so thrilled this is a very big deal for her. 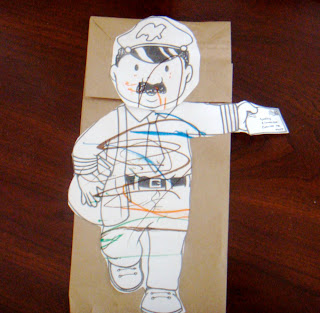 On  Earth day she  planted a bean, enjoyed making bird feeders and hanging them on trees at school. 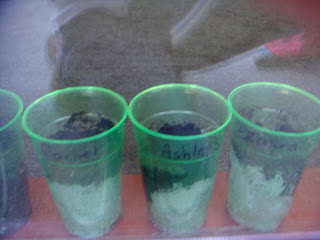 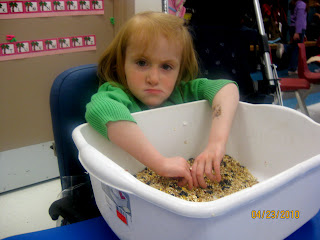 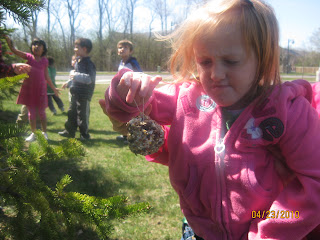 Today in class the fire department came and the entire class had a chance to sit in the fire engine. The kids all loved it.  I don't remember kindergarten being that much fun when I went but I was a painfully shy child at that age so I don't recall having fun unless I was home or with family.  Luckily none of my kids are shy.  Here's Ashley with her fabulous teacher that was kind enough to send me a number of her photos. 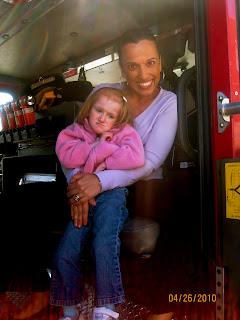 Little Taylor  likes to take a few steps but still isn't totally confident and loves hanging on my legs.  It has slowed me down a bit so I'm getting down there and taking more pictures of all this cuteness. 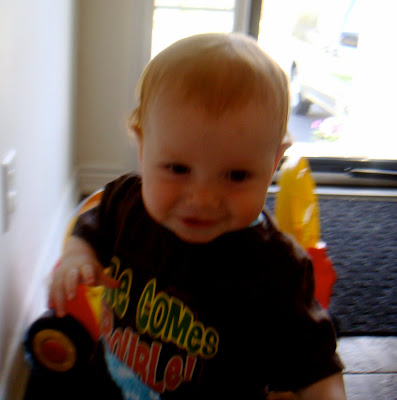 Awww, I can only hope and pray that C is so lucky to have a class like that <3

Tooo cute! I wanna go to her kindergarten! Can I sit in the fire truck? Sounds like she has a very active class...so cool!

Cute, I can't wait to do bean plantings with my sweetie!

Wow, she's so lucky to have a class like that with so many fun activities!

That was cute!!!!!She's so lucky to have a class like that. I hope my baby soon can have a class like Ashley. Back when i was still in kindergarten i can still remember some unforgetable memories with my teacher and my classmates.