Ashley been sick again with some sort of virus it was in her ears last week but just a little not enough for her doctor to treat.  It's a week and a half later and she still fighting something but her ears are clear and it appears to be a bad head cold.  At least her doctor decided it was time to treat it with some good old amoxicillin as he was concerned it may have moved to her sinius.  Which would explain some of her  crying and out of sorts. Despite all that she missed all her class time last week but I still took her over to the pumpkin patch to join her class for some fun at the farm.

Last week my parents also visited it was so nice to see them as they have been traveling for many weeks and we had not visited with them since late July.  My mom cooked so much food we ate and ate it was so yummy.  Mom I hope your going to visit again soon. 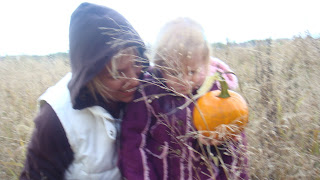 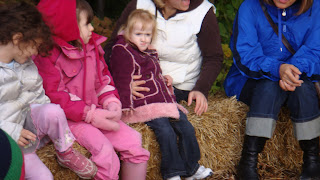 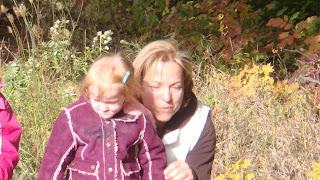 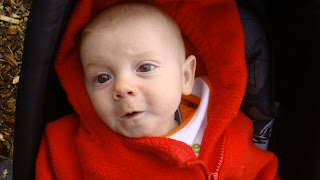 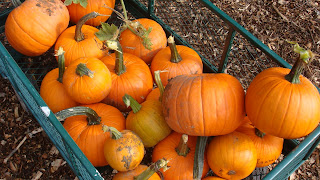 I hope she is mending now. Love the pumpkin patch pics!!