On a lighter note..

Here Ashley latest haircut photo's
it's been a while and badly needed... 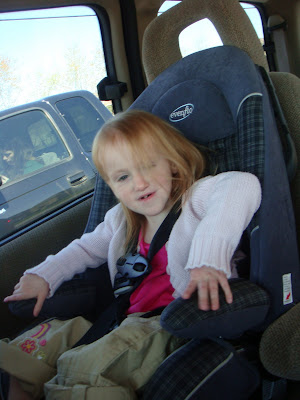 getting it chopped off 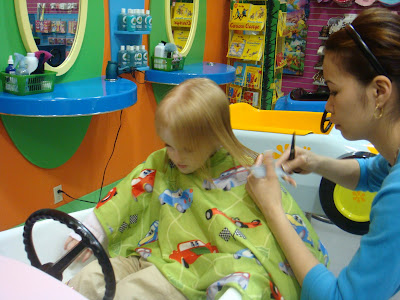 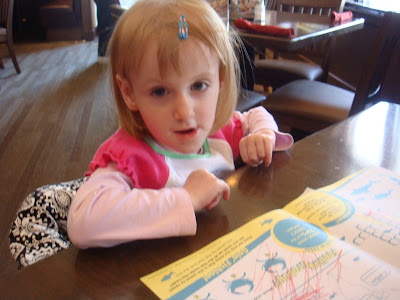 Well it's been a little while since i found time to blog I've been busy figuring out what's bothering Ashley to no end and keep my up with the boys.

After many trips to the doctor, 10 days of fever which would come and go we still had no idea why Ashley was so sick and miserable. Last week her left ear rum burst the following morning her right ear drum burst. She also started eating less because her throat was hurting. Finally at the urgent care clinic she was diagnosised with bi-lateral ear infections as well as strep throat. She started 10 days of amoxicillin and she is much improved. I was never so thankful for antibiotics. After just one day of it she would allow us to put on her shoes again. I think her ear infections were bothering her for many weeks it just wasn't so obvious at first. I'm not sure why her Doctor didn't see the infection, he suspected she had one but he couldn't see it at 3 visits. Thankfully she is doing so much better now though.

Taylor doing well eating all the time and growing. He has lost most of the hair on top of his little head though.. and now just has hair on the sides and back like a middle aged man. Oh my i hope it grows back quickly.

James also had his share of bike collisions these past 2 weeks as well. He managed to lift his thumb nail right off when he went over his handle bars after rear ending his brother. His thumb is also now on the mend. And i believe he a little more focus on watching where he is going.
Created by Sherry C at 16:46

With raising four amazing kids, including a newborn and one with special needs, I wonder that you have the time to blog at all.

Glad to see that Ashley is feeling better. We all have some form of ear/throat thing here and it needs to go away as we see Ramon tommorrow for her CME block. Glad to hear Taylor is staying healthy. It must be hard with a sick little one and trying to keep the baby healthy.

Wow, Sherry. Not an easy couple of weeks. Is Ashley's sensitivity to sounds easing off? I hope so.
Giant hugs!
Melissa

Geesh, Sherry, I can't imagine why your time has been so consumed...lol.

Her hair looks so sweet. Glad she is finally getting some relief and feeling better. I so now how that is to have constant illness, that in itself is so discouraging and exhausting. ((hugs))

Poor little Ashley and Poor Mom! I can't believe it took them so long to figure it out. No wonder the poor girl seemed to be picking up sensitivity to sound! I hope you're both doing a lot better by now!!!