The kids have really been enjoying themselves the last few days despite the fact that I was getting over some sort of summer flu or cold bug which was pretty nasty but we still managed to make it up to the lake and to Canada's Wonderland today.

We were very lucky to have some really nice swimming weather too when we were up north. The boys spent much of the time in the lake as possible. The lake water was a little chilly but the boys never seemed to notice. They raced from our boat house to the neighbours dock more time then I can count. Damon usually won those races which was upsetting to his bigger brother. The boys also enjoyed a few game of cards, a jigsaw puzzle of Hawaii (we can only wish to go I guess a puzzle will have to do) as well as a walk down the cottage road and ghost stories before bed. They were very content the whole time and didn't really want to return to the city. Ashley seem to enjoy it just as much as her brothers except she came home with two bug bites from our nightly walk which i feel very guilty about even though they don't seem to be bothering her too much.

Here's a few photos from the weekend activities at Balsam lake. 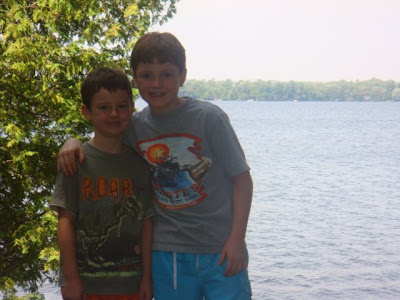 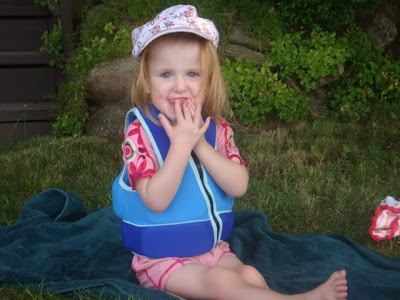 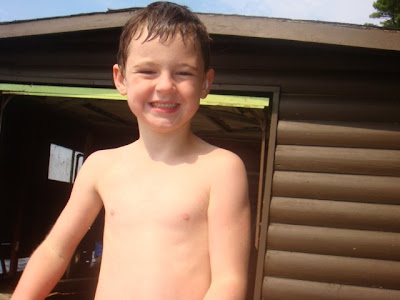 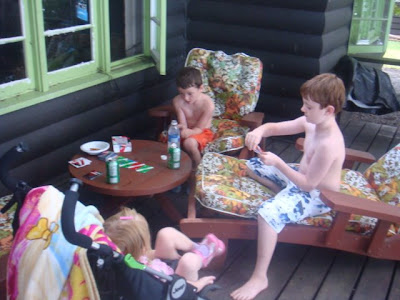 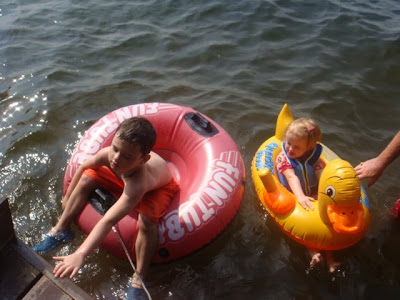